New on the menu at Highline Public Schools 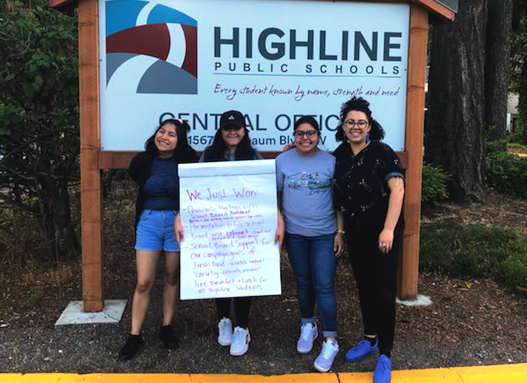 In the Highline district, youth leaders proposed a list of culturally relevant foods they want to see on the menu, and the district implemented it right away. We won a commitment of at least one culturally relevant item on the menu every single week — that’s 34 per school year! Since being implemented in May, we’ve seen chicken pho, banh mi, Caribbean chicken, yakisoba, chicken and waffles, barbecue with cornbread, and more (yum!!).

It goes to show that young people have the power to make real policy change. And you can bet we’ll be making even bigger moves next year. 😎